We admire “brainy” people; the straight A student, the musical or spelling bee prodigy, the “rocket scientist”, the Einsteins among us. Perhaps a fluke of heredity, their profound capabilities are lauded as an achievement of the individual that clearly sets them apart from the rest of us ordinary folks. While we tend to lavish praise and adulation on the person or the superior bloodline responsible, we’re about to make the case that it may not be all that deserved!

Pi (π) is a ubiquitous engineering and scientific expression derived from dividing the circumference of a circle by its diameter. Roughly 22/7, Pi is an irrational fraction that never ends and never settles into a repeating pattern.  Better left to modern supercomputers to work out, it took 19th century mathematician William Shanks 15 years to compute Pi to 707 places, the first 527 of which proved to be correct.

Daniel Tammet, born January 31, 1979 as Daniel P. Corney in England (he changed his name because it didn't fit with the way he saw himself) is known to have recited Pi accurately to 22,514 decimal places in a period of just over 5 hours!

Daniel speaks 11 languages, including Icelandic, a particularly difficult language to learn. He participated in the World Memory Championship coming in 11th in 1999 and 4th in 2000. Daniel who is also an essayist, poet and novelist has a high functioning form of autism known as Asperger’s syndrome.

Leslie Lemke was born prematurely in 1952. He was blinded shortly after birth, had cerebral palsy and was unable to stand before age 12 or walk before age 15. He was placed into foster care certain that he was so disabled that he would soon die. (He’s still with us.) Leslie was so spastic that he was unable to hold eating utensils, yet at 12 years old he was able to play tunes on the piano that he’d heard on the radio. When he was 14, his foster parents were shocked to be awakened in the middle of the night to Leslie flawless playing Tchaikovsky's Piano Concerto no. 1 which he’d heard on TV earlier that evening. Leslie has a verbal IQ of 58.

Laurence Kim Peek, the inspiration for the character Raymond Babbitt in the 1988 movie Rain Man, was born November 11, 1951 with severe intellectual disabilities, had an IQ of 87 and suffered limited motor skills. Despite the handicap, Kim, who passed away in December of 2009, was able to read and memorize a book in about an hour by simultaneously scanning adjacent pages independently with his left and right eyes. He is said to have been able to accurately recall the content of as many as 12,000 books covering a variety of subjects.

seemed to come from nowhere. Tony acquired a piano, taught himself to play and in addition to his work as a surgeon became a composer and concert performer.

The cases discussed above are examples of savant syndrome, a rare condition where people with significantly impaired motor and/or cognitive functions from birth or due to an injury, demonstrate capabilities far beyond average achievement.

The question is: do we all have the mental capacity to express Pi to 22,514 places, or play a symphonic piece on the piano after hearing it once, or to memorize 12,000 books? Is this capability ingrained and awaiting a stimulus such as a lightning strike to be released to the detriment of “normal” functioning? And anyway, how can a substantially compromised brain manifest such remarkable ability?

What if much of our mental capability is on loan; downloaded as needed to our gray matter from a universal bastion of all knowledge? Could a person’s mental acuity be related to the bandwidth of their connection to this source? Does brain size influence this bandwidth? Could savants’ bandwidth be constrained by injury to address in extraordinary depth a very selective portion of this library of intelligence?

Of course, the concept raises many more questions: Where would this resource exist? Who would administer it- aliens, Deity? How would we connect to it- brain waves, electromagnetism, quantum effects? Do all animals share this connection to some extent?

On the other hand the concept could explain precognition, vivid recollection of past lives, and the capacity of a mortal to conceive such a complex notion as special relativity.

Oh, by the way, speaking of special relativity, Einstein was probably autistic.

Thanks to wikipedia.org and mathscareers.org.uk for stats used in this blog. 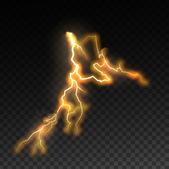 Dr. Tony Cicoria, a 42 year old orthopedic surgeon, was struck and killed by lightning in 1994. Remarkably, he was resuscitated at the scene by an intensive care nurse who fortunately happened to witness the strike. Suffering burns to his face and left foot and sustaining memory problems, he remarkably appeared to have recovered in a few weeks’ time.

He soon, however, developed an obsession with piano music. Having previously had no particular interest in music, he reported that his head was now flooded with music that