Information in this blog was obtained from Wikipedia and other online sources.

In Apr 2021, the pentagon confirmed a photo of a triangular shaped UAP taken by navy personnel aboard the USS Russell in 2019. As part of the $2.3 trillion Coronavirus Aid, Relief and Economic Security (CARES) Act signed into law in December 2020, congress demanded that the Pentagon produce a report summarizing the government’s knowledge gleaned from UAP investigations. The report sent to congress this June has at this writing not been released to the public. It is said to conclude that UAPs are not extraterrestrial vehicles although the possibility presumably wasn’t entirely ruled out. Because the report purportedly contains a classified section, suspicions of a continuing government cover-up of course persist. A troubling conclusion: if UAPs are the work of a foreign government, the US is way behind in the development of a vital strategic technology.

This is an exciting time for those of us who are convinced through intuition or personal experience that extraterrestrials are visiting our planet. Our government agencies have for over 70 years been stalwartly denying the existence of extraterrestrial incursions into our airspace. People coming forward with an admission of a sighting of an alien spaceship or an encounter with ET were often faced with derision and in some cases outright

This is an exciting time for those of us who are convinced through intuition or personal experience that extraterrestrials are visiting our planet. Our government agencies have for over 70 years been stalwartly denying the existence of extraterrestrial incursions into our airspace. People coming forward with an admission of a sighting of an alien spaceship or an encounter with ET were often faced with derision and in some cases outright 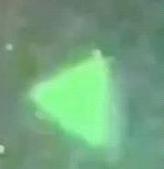 Further cracks in the façade have developed. Former president Obama recently spoke out about the phenomenon which he said “we can’t explain”. Chris Mellon, Deputy Assistant Secretary of Defense for Intelligence under the Clinton and Bush administrations was quoted as saying US has a “massive intelligence failure on its hands” as regards vehicles that have been operating in restricted airspace with impunity on a recurring and sustained basis for years.

Fravor to interrupt his routine airborne training mission to investigate strange unidentified objects being observed on the radar. Fravor reported seeing a 40 foot wingless craft hanging close to the water, moving fast and creating a disturbance in the water’s surface. As Fravor’s jet approached, the object suddenly accelerated and was instantly gone from sight. A Second wave of  fighters with advanced infrared FLIR capability was deployed to check out the objects. Commander Chad Underwood recorded the now famous FLIR video and the accompanying cockpit audio description of the tic tac candy shaped objects which were exhibiting extraordinary aerodynamic performance.

Similar leaked video was produced during contact made by fighters from the US Theodore Roosevelt in 2014 and 2015. The Pentagon confirmed the authenticity of the videos in 1919 and released them to the press in April of 2020.

In Apr 2021, the pentagon confirmed a photo of a triangular shaped UAP taken by navy personnel aboard the USS Russell in 2019.

In May of 2021, the pentagon confirmed photos taken of a spherical UAP recorded aboard the USS Omaha in July of 2019.

intimidation. Reputations and even careers were sacrificed on the altar of honest disclosure. Things have begun to change. For whatever reason there is currently a refreshing glow, albeit slight, emanating from cracks in the formerly impenetrable government façade.

In 2007 the unclassified Advanced Aerospace Weapon System Applications Program (AAWSAP) which became the US Defense Intelligence Agency’s Advanced Aerospace Threat Identification Program (AATIP) was launched to study the acknowledged increasingly frequent encounters by military aircraft with UFOs now referred to officially by the acronym UAP (Unidentified Aerial Phenomena). The program, advocated by Robert Bigelow the billionaire owner of Skinwalker Ranch, a UFO sighting hotbed in Utah, was supported by friend and US Senator Harry Reid, “a believer” who had clandestinely attended a number of UFO seminars. Reid and fellow Senators Ted Stevens and Daniel Inouye introduced the bill which became a $22 million program that ran until its reported ending in 2012. (It is believed that the program probably continued at a reduced level thereafter). The US Navy’s Unidentified Aerial Phenomenon Task Force (UAPTF) superseded AATIP in August of 2020.

AATIP was headed by Luis Elizondo, US counterintelligence agent and an employee of the Office of the Undersecretary of Defense for Intelligence. Elizondo resigned from the position in 2017, stating in a letter to the then Secretary of Defense James Mattis that he was leaving because the program wasn’t being taken seriously. Elizondo became involved with a nonprofit public benefit corporation named To the Stars Academy of Arts and Science (TTSA), cofounded in 2017 by rock band Blink-182 guitarist Tom Delonge. The company’s charter was to advance society’s understanding of scientific phenomena including investigation of UAPs. The group with its number of prestigious members had sufficient clout to convince congress to hold classified hearings with pilots who had experienced UAP incidents. While with TTSA, Elizondo became frustrated with ongoing government secrecy surrounding UAPs and leaked recorded video from a 2004 incident that was to become a bombshell disclosure.