​The report indicated that the long-term goal is to widen the scope of the agency’s effort to analyze UAP events with input from a broader swath of government personnel using evermore advanced technical systems.

​So after all the breathless speculation and time and treasure expended, the report adds to our fundamental enlightenment regarding the UAP phenomena by concluding that there’s something out there but nobody knows what it is!

A conclusion that hints at an extraterrestrial involvement wasn’t to be. What revelations were included in the classified version remains to be seen…or more to the point…unseen! Of course, the disappointing avoidance of any mention of ET was to be expected, prompting the remark that if it looks like a duck, walks like a duck and quacks like a duck, the government insists it’s a goose!

The report concluded that of 144 incidents reported by the US military from 2004 to 2021, 80 were considered valid because they involved observation by multiple sensors. In 18 of the incidents observers reported unusual UAP movement patterns or flight characteristics.

The report stated that UAP is probably physical objects and that it represents a safety of flight issue to military aircraft and could pose a national security risk as well.

According to the report, UAP falls within five categories.

·          -  Other: Objects requiring more sophistication than our present capability allows in determining what they are. 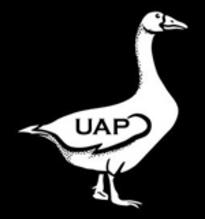